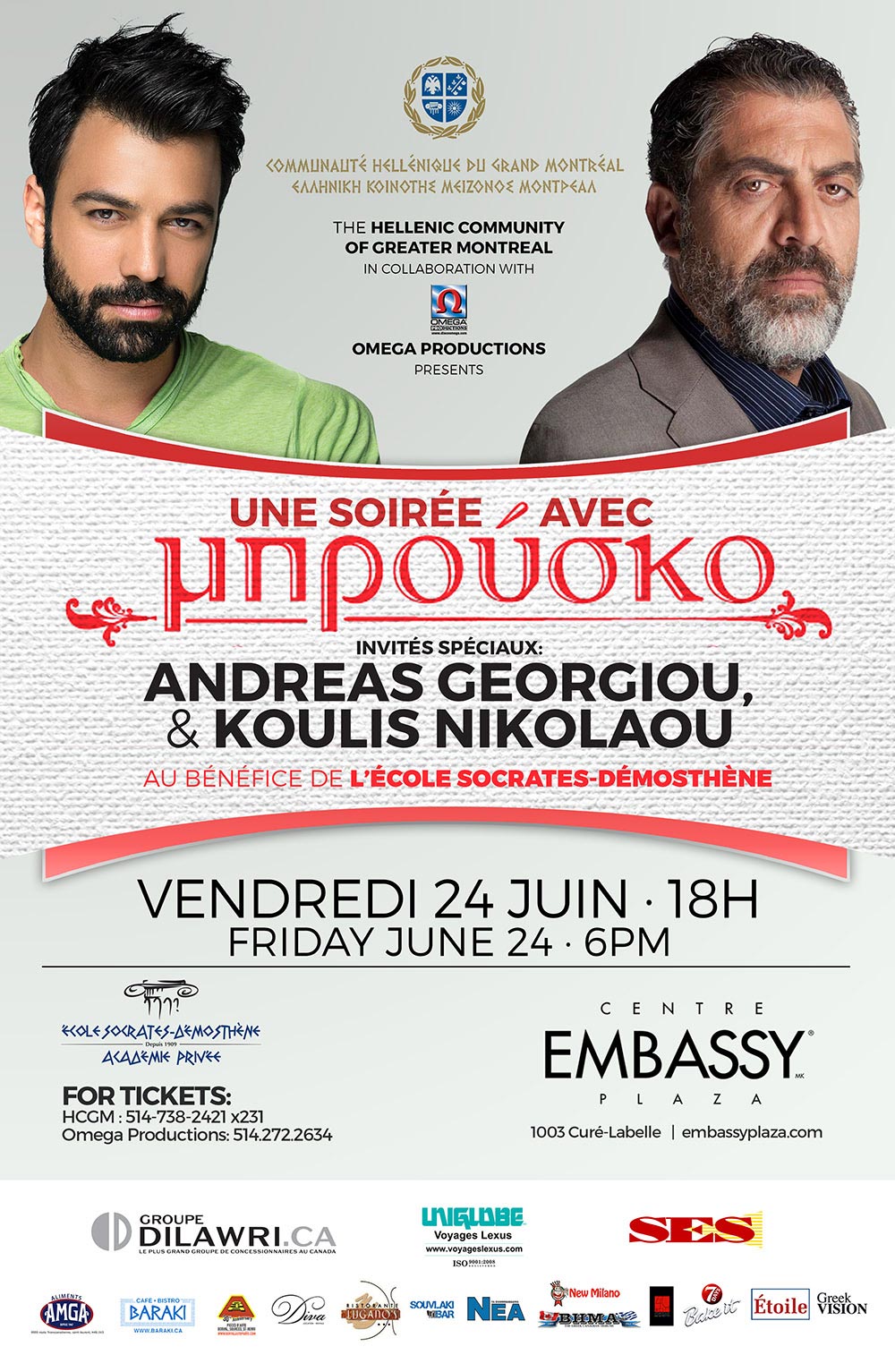 The Hellenic Community of Greater Montreal (HCGM), in collaboration with Omega Productions will be hosting a fundraising dinner entitled "An Evening with Brousko", A #1 rated Greek television series since 2013 , viewed my millions of greek around the world.

To be held at Embassy Plaza on Friday, June 24th, 6:00pm. With special guests from "Brousko" (Μπρούσκο) Andreas Georgiou who plays main character Achilleas Matthaiou, as well as, one of his co-stars Koulis Nikolaou as Matthaios Matthaiou

This event will benefit the HCGM schools, École Socrates-Désmosthène, Aristotelis, Platon- Omeros, St-Nicholas (approximately 2000 students), Tickets are $65 and $35. For children 13 and under. Including dinner. 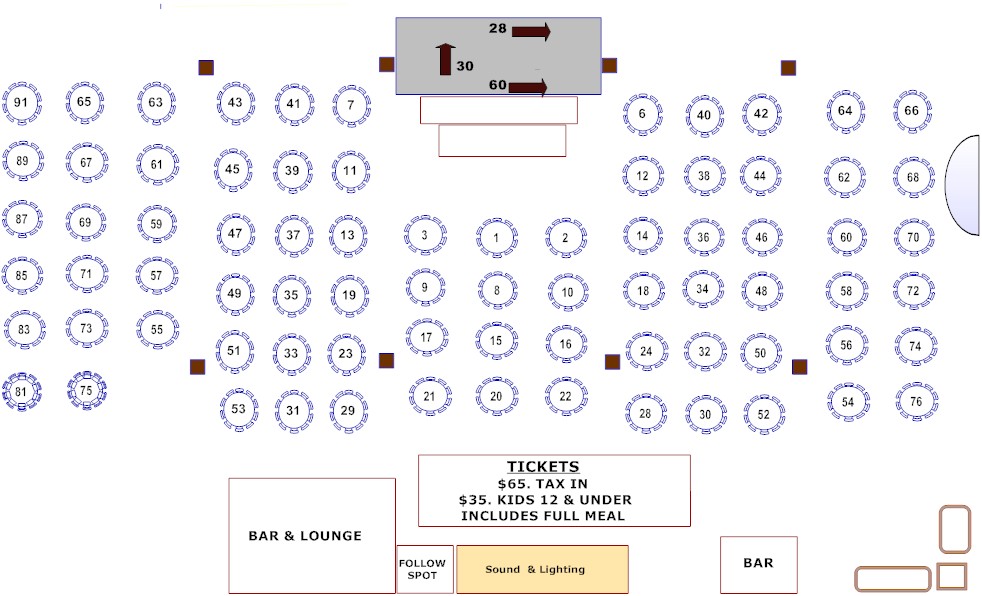